Earth's Mightiest Heroes :: Only thing that's on my mind: is who's gonna run this town tonight...! :: Link Backs

The Mother of All came, she saw, and she conquered. Eve assured that chaos loomed after the apocalypse and enhanced it ten fold. Her powers, fierce, destructive, and untamed called the monsters to her, but it was more than that. Werewolves are now able to turn on the half moon, vampires are increasing in numbers at an alarming rate, wendigos now wander without fear from their habitats, and more. She was angered, a mother scorned from the abuse her children were suffering at the hands of two individuals. To think it was the Winchesters - the most obvious choice with their history of creating violent storms - would be incorrect.

After a group of well trained hunters foiled Eve's plan and sent her to her grave, the monsters reverted to their normal ways, and the true culprits revealed themselves. Crowley the King of Hell, and the rebel angel Castiel - who sought a way to defeat Raphael and prevent another apocalypse - had been torturing monsters in order to gain information on how to access purgatory. The two came to an agreement, each would take half the souls that dwell within Purgatory, Crowley would have enough power to remain King of Hell for centuries to come, and Castiel would surpass the remaining archangel in both power and influence. The cruel measured hand of angel and demon intertwined set catastrophic motions into being. Eve rose from her slumber and hunters were manipulated to seek Alphas, the first of every monster, but they found out far too late that they were being used by both divine and the damned in hopes of opening the doors to Purgatory.

Once Castiel and Crowley found the door they just needed the ritual which required the blood of a creature from Purgatory, aside from Eve there was one another, with her blood they could open the gates to Purgatory and retrieve the souls. One would have assumed it was the King of Hell who would have double crossed the angel but it was the other way around, before the Winchester's could stop the ritual from happening Castiel took all the souls from Purgatory upon himself, immediately executing the archangel Raphael and causing Crowley to flee.

Castiel proclaimed himself God in front of the Winchester's and company, telling them to kneel. Refusing to do so Castiel took his leave, seeking to cleanse both Heaven and Earth from the wretched and disloyal. After a few failed attempts to either kill or extract the souls from Castiel, the grief stricken angel, losing himself to so many souls inside, took it upon himself to release them back from whence they came. The souls returned to Purgatory, but something much sinister was left behind, something that no one expected.

Castiel being the host to the creatures was lead into the water, where he not only vanished, but expelled the creatures unto the Earth. They traveled through the water system and took what they needed. The hosts of the unwilling. Children, mothers, husbands - it didn't matter. The Leviathans planned to keep their freedom. Castiel too, disappeared within the murk water, leaving only his trench coat behind.

Six months have past since then, the Leviathan's are taking the bodies of key players in North America. Those who have influence over government, science, and structure are the most appealing. Smart and devious, they make sure every lawman is out searching for hunters who would presumably get in their way. They are ruthless, tactical, and yet their true intentions, remain a mystery.

The waters have turned black, and the Leviathans are here to stay.

Swan Song is an AU, Mature Season 7 Supernatural RP Board that operates off of Jcink.  You must be at least eighteen to join. We are active, friendly, and always looking for new members. There are plenty of canons still available.  If you have any questions the awesome admins SULLY, STEPHA, and DUDE are always around to help. 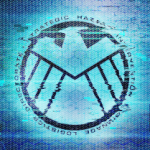 Earth's Mightiest Heroes :: Only thing that's on my mind: is who's gonna run this town tonight...! :: Link Backs