Live For The Night // Sam

Live For The Night // Sam

How glorious it was to have a night off again! But not just a night off, because those happened quite often and although they made for good sleep-catch-up, they still rather sucked because her evening was still controlled by a tiny gadget attached to her hip with an annoyingly shrill beep. But tonight was different. Tonight Sveta didn't have to be on-call. The pager, ruler and dictator of every personnel in the medical field, got to be stashed away; hidden and forgotten, if only for a night. The night belonged entirely to her and Sveta could do whatever she wanted with whoever, without having to worry that she might have to drop everything at a moment's notice just because someone's appendix was about to burst. It was absolutely wonderful.

Lionheart had been her first stop of the night. Svetlana could totally understand why the place was Tony Stark's pride and joy; the place was absolutely beautiful. The entire restaurant floor had floor-to-ceiling windows, allowing patrons a 360 degree view of London while they dined. Sveta had spent a good portion of her time there just looking out at the gorgeous London nightscape, sipping on cocktail after cocktail of delicious cocktail and flirting with the handsome bartender inbetween him serving the other patrons. Sveta would certainly have to ask Tony to transfer him over to the SHIELD Bar; not only was he a nice piece of eye-candy, his cocktails were to die for.

But sitting at a glamorous bar sipping cocktails all night was not how Sveta wanted to spend her night. She wanted fun and excitement! She wanted to meet new people, wanted to drink and dance until the wee hours of the morning. And Lionheart was not a place where that would happen. Not unless she convinced Hank to leave right now with her, but that was hardly going to happen. Which was exactly why after finishing her cocktail, the brunette had gone to find herself a random club to spend the night at.

Leaning with her elbows against the bar and a smile playing on her lips, Sveta watched the night life in the club. Groups of girls sat giggled away to themselves at tables, guys flirted with girls, girls flirted with girls, couples danced away like the DJ was playing his last song... Wait, are they doing body-shots?! Excellent. Definitely Sveta's type of place. She grinned to herself, taking another sip of her cocktail. This is gonna be an awesome night...! 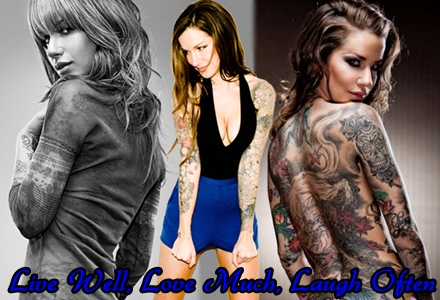